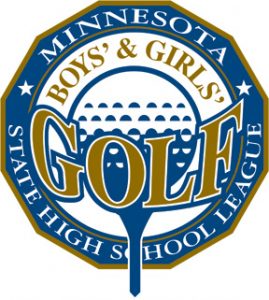 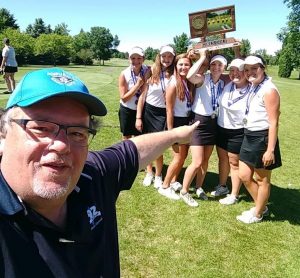 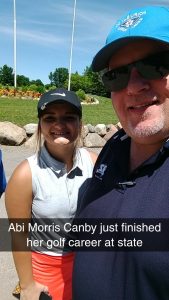 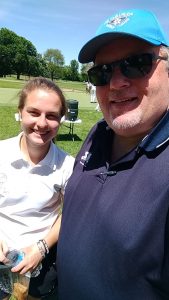 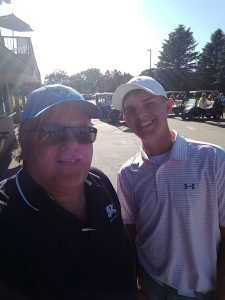 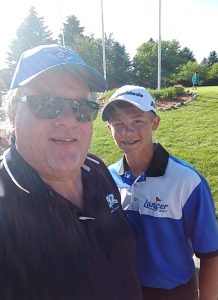 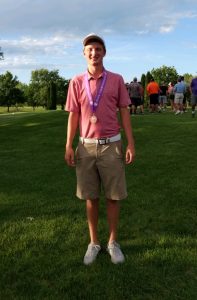 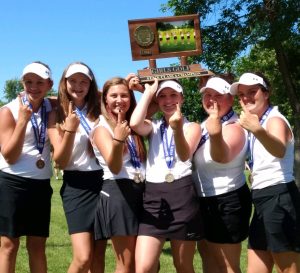 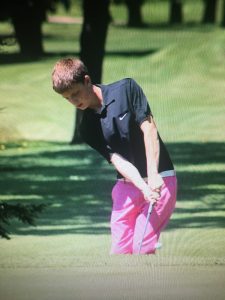 Paul Raymo visits with Dawson/Boyds Tyler Lund, Tyler is in the state golf tournament in Becker 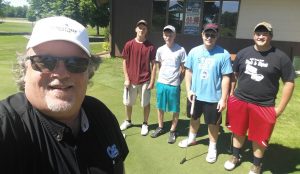 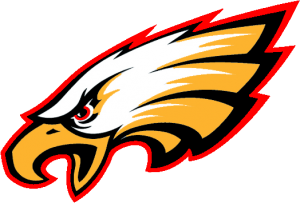